The second WCA eCommerce Annual Conference took place in London from 4thto 6thJune 2018. With CCL’s eCommerce focus, you won’t be surprised to learn we were there in force; to meet with fellow industry players and logistics experts, and share new concepts and leading-edge thinking in the world of cross-border supply chain logistics.

Uppermost on everyone’s mind this year was the topic of #BREXIT. There is still considerable uncertainty as to how Brexit will play out over the coming years. Companies in freight forwarding, supply chain logistics and eCommerce in particular, have to evaluate all the possible outcomes, develop contingency, and even re-engineer their services around the future new-order of a Europe, without the UK.

Rudee Bertie was invited to give the opening presentation and WCA eCommerce, and he chose for his topic the issue of preparedness for Brexit.

CCL has always had its commercial eye on the future.  From its small beginnings as a jobbing customs broker, CCL saw the opportunities inherent in the move towards online shopping and has carved a niche for itself in eCommerce and gateway customs clearance for the Eurozone.  The company has honed its internal systems to cope with the different profile of eCommerce consignments – a predominantly high-volume, low-value, and package-based. In this environment, paper systems must by necessity give way to IT-based processing systems capable of handling and tracking shipments, collection of duties and taxes and onward distribution efficiently, and in high volume.

When Brexit first reared its head, nobody saw it as more than a distant prospect, one likely to be quashed if it ever came to a Referendum. But as the scenario grew more real, day by day, Rudee knew the business had to evolve to cater for the possible eventualities. He went back to the same four questions which had first taken CCL into eCommerce. In his presentation, Rudee argued that all entrepreneurs in the sector facing the uncertainties of Brexit, should be challenging themselves with these same four questions:

For CCL, seeking the answers to these questions has led the business to develop its digital data management capability to the point where it can not only support CCL’s eCommerce business, but can be rolled-out to other eCommerce logistics businesses across Europe and further afield. For CCL, preparedness for Brexit has involved building even stronger links with businesses outside of the UK capable of handling gateway clearance for the new Eurozone, which would exclude the UK. By close coupling of CCL’s UK operation with partner companies in the Eurozone, the business can continue to benefit from the still expanding eCommerce trade across Europe, as well as beyond. By sharpening-the-saw of their own internally developed software, the company is evolving into being a data-based broker for the digital age.

In his presentation, Rudee challenged WCA delegates to re-invent in whatever way they needed to meet the changes coming with Brexit. He urged them to be prepared to listen and learn, to disrupt, and to make radical change in their own business – not from a point of desperation, but to capitalise on the OPPORTUNITY presented by Brexit.

He challenged delegates to keep abreast of the way Brexit is developing, to stay informed, to plan, and to ensure they keep their options open. And he challenged them to look for closer collaborations and partnerships.  Fortunate for all, perhaps, that the room was full of fellow eCommerce businesses! 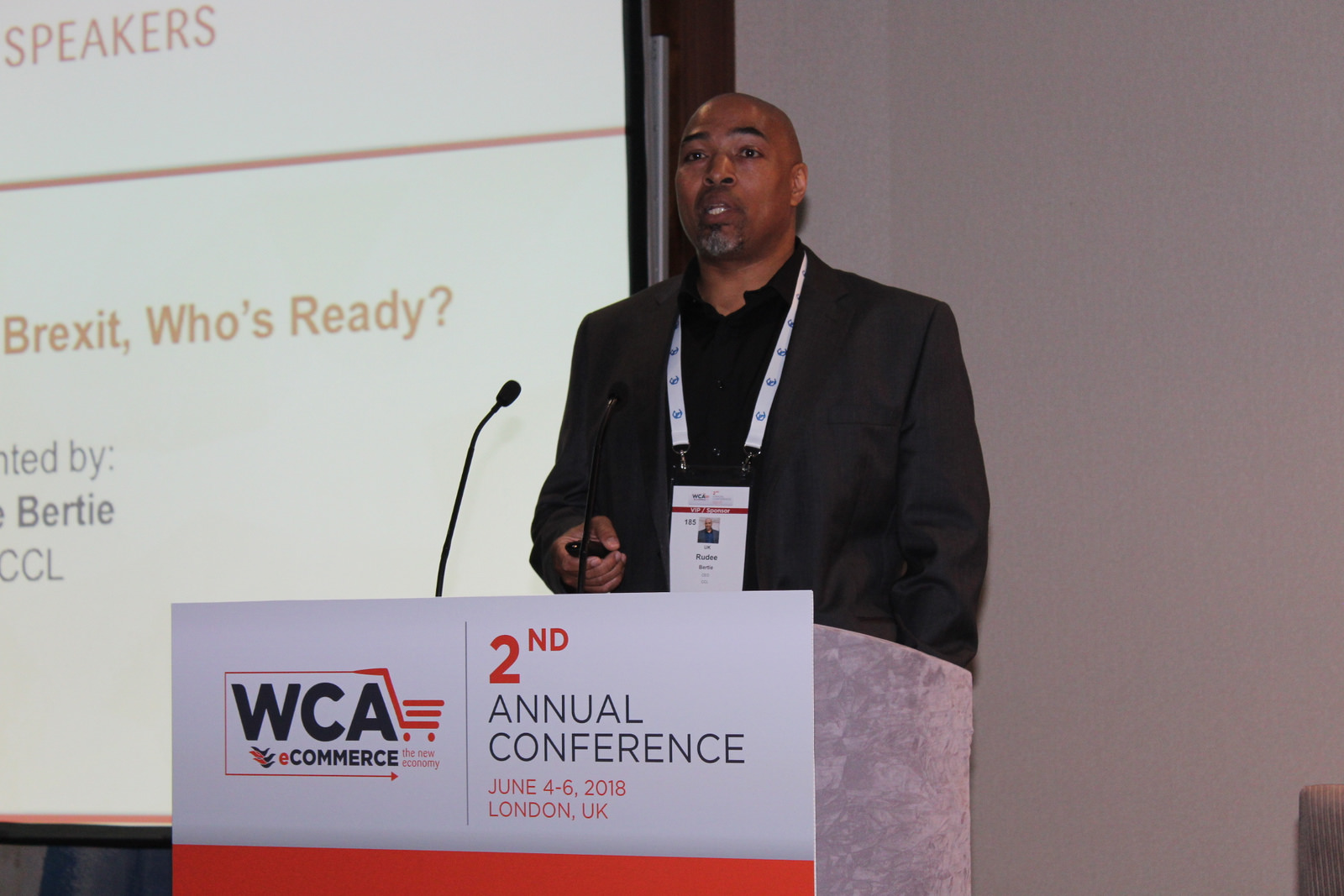 A last word from the famed naturalist Charles Darwin, who knew a thing about survival of the fittest. He said, “It is not the strongest of the species that survives, nor the most intelligent, but the one most responsive to change.”