Home/News, sponsorship/Caring for Carers
Previous Next 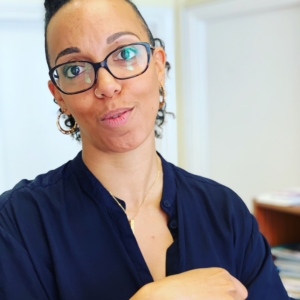 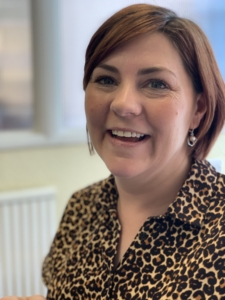 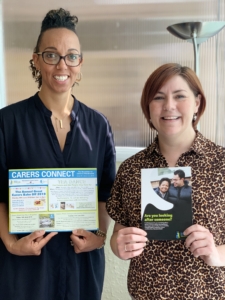 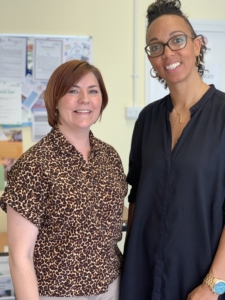 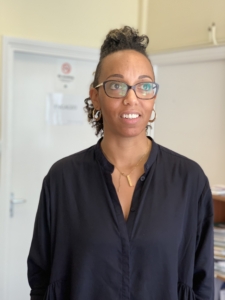 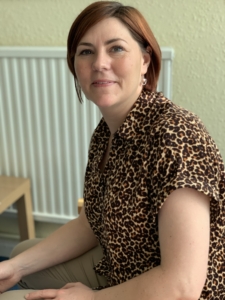 It’s an uncomfortable truth: Unpaid carers save the British economy £132 billion per year, but this comes at an often considerable personal cost.  Unpaid carers look after people in need of assistance of all ages, bearing physical and mental challenges. With all their differing situations, unpaid carers have one thing in common; they need support too.  And this is where Wandsworth Carers’ Centre and other carers’ support services come in.

CCL is sponsoring Wandsworth Carers’ Centrethis year. Rudee Bertie will be running for them in the Virgin Sport Asics London 10K on 21st July 2019. We’d like to introduce you to their important work supporting the people who care for others in their community, and the work of all the other Carers Trust Network partner centres.

We spoke with Tracie Gleeson, Transition Support and Development Officer at Wandsworth Carers’ Centre, to discover more about the charity and its work in the Borough of Wandsworth.

Q:  How did Wandsworth Carers’ Centre come about?

In 1991 the Princess Royal Trust for Carers was founded. It was realised that unpaid carers were not being recognised or supported, either in respect of their personal needs, or in enabling them to better support the people they cared for.  Under the Trust’s remit, Carers’ Centres, focused on meeting carers’ needs, began to be established across the country.

Q: Who are the unpaid carers in our communities?

They are any of us, and all of us.

You never know when the role of carer could arise for you. An ageing parent, relative, friend, neighbour or partner might begin to need help to cope with dementia or other challenges of advancing years.  Chronic illness, physical impairment, addiction or accident could turn a previously independent loved-one into someone vulnerable, needing more support in their daily life. Children can suffer physical disabilities, learning difficulties and psychological impairments which can exact extraordinary demands on their families.

The truth is, any person can find themselves in the position of unpaid carer. And when they do, they do what they can to help and support their relative, friend or loved-one, without financial remuneration. Some take on their caring role for a few hours a week, and others live with it, 24 hours a day. Around half of all carers are holding down a job alongside their caring responsibilities.

Unpaid carers come from all walks of life and because of the nature of their caring role, many are all but invisible. That means that caring can often be lonely and isolating, as well as physically and emotionally demanding. Some 85% of carers say that the caring role is damaging their own health, and 52% have said they have been treated for stress related illness.

Q:  Tell us about the work of Wandsworth Carers’ Centre

Wandsworth Carers’ Centre supports unpaid carers in the Borough of Wandsworth. At any one time they number around 20,000 of which nearly 4,000 will be caring for 50+ hours per week. We provide a range of support services:

Firstly, we provide general information and advice, such as how to access a Carer’s Assessment.  We have support workers with specialist knowledge in different areas. They provide one-to-one suppport, practical advice and informal advocacy. We have specialist knowledge of certain conditions, and we can direct carers to dedicated services. We also have specialist workers who can advise on benefits, housing and grants. With recent changes to the benefits system, carers are struggling to access services and benefits to which they or the person they care for may be entitled. They need help understanding the changes and filling in forms.

We also provide softer care services like complementary therapies and respite care, enabling a carer to take care of themselves. We run dementia cafes too, where carers can bring the person they care for with dementia, and professionals and volunteers can sit with them whilst the carer gets a break.

We seek to empower carers via training, workshops and participation opportunities, to give them a voice, developing their personal skills and abilities both within and beyond their caring role.

We also run peer support activities and groupsin different areas (for example ADHD, autism, dementia), enabling people caring for that group to get together and discuss issues, hear from speakers or simply make friends and take a break with people who understand.

Q: How has the current economic climate impacted your work?

With the advent of austerity in recent years, the reduction in Government funding has meant that services which were previously readily available are much more limited, and the threshold for accessing them is higher. This is happening across-the-board, in every service. The needs remain, but they are not necessarily being met by the State and services such as ours are offering support and services that can often help. Staffing in every area of social care is reducing, and there’s a high staff turnover too. This means that people have to speak to strangers, going through their issues over and over again, which can be stressful and frustrating.

The bulk of our funding comes from Wandsworth Council and Wandsworth CCG, but we also raise funds through corporate sponsorship and events.

We have secured funding from Innholders Company (one of the City of London’s livery companies) to provide art sessions for a year. This enables carers to engage in a creative activitiy, promoting wellbeing in a relaxing and friendly environment.

This year for the third time we have a team running the Virgin Sport Asics London 10K on 21stJuly 2019.  Our six runners raise individual sponsorships. Last year they raised £1,300 between them, and we’re hoping to do even better this year, especially with Rudee running for us and bringing in the support of his whole team.

Q: Tell us about your role at Wandsworth Carers’ Centre

I’m funded by Lloyds TSB for a 3-year fixed term as Transition Support and Development Officer, specifically looking after carers who care for people with dementia and learning disabilities.

Wandsworth Carers’ Centre identified a need to provide carer support for those who were going through the process of deciding and arranging for the person they care for to go into care or into a supported living environment. Approaching such a change is a very emotional time. Carers may be feeling distressed that they can no longer cope with a loved-one who has dementia. For parents who have cared for a child with learning disabilities for many years, letting go can also be very hard. They need to adjust, to appreciate the value of the greater independence their child will experience in supported living.  We use a well-established evidence-based tool called Carers’ Starsto help these carers along the transition journey.

Q:  How can people help to support the work of Wandsworth Carers’ Centre?

We’re always looking for funding and are excited to receive sponsorship from companies or individuals. Whilst our core funding comes from Wandsworth Council and Wandsworth CCG, it’s a partnership arrangement for a defined period. Additional funds enable us to provide things like outings and respite.

We also value our team of volunteers who provide complementary therapies, counselling and administrative support. We’re always particularly keen to connect with people able to provide specialist support around things like housing, benefits, the law and probate for example.

If you are inspired by the work of Wandsworth Carers’ Centre to support the charity, you can donate via they’re VirginMoney Giving page here.

Or you can sponsor Rudee Bertie on the Virgin Sport Asics London 10K, click the link below;